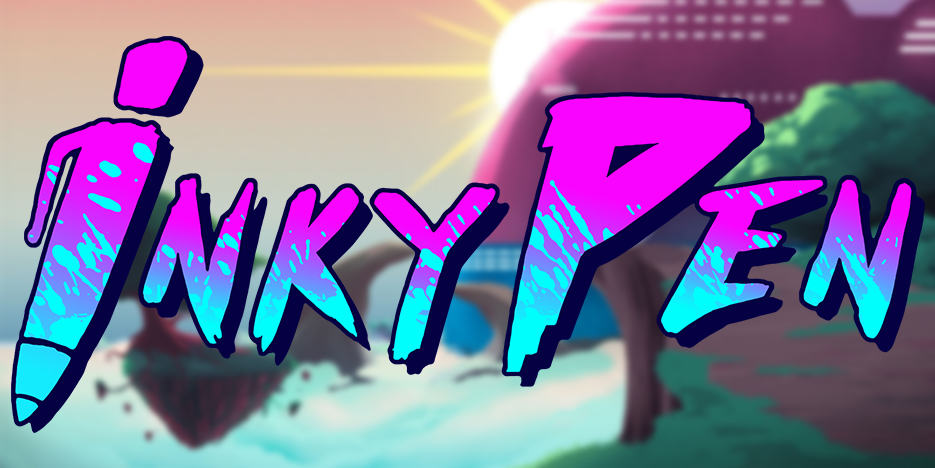 Could you tell us something about InkyPen?

We have a wide reaching amount of content like the classic french comic stuff and some maybe for more mature audiences, not exactly for children. There are also comics, that are more accessible like classic western super heroes. We don't have Marvel or DC. We have a lot of IP based stuff as well from different publishers. If people know the IP and like the world, it's more content. It‘s fine when you find content you love and there's more of it.

Can you tell us the name of some big publishers whose comics will be featured in InkyPen?

We haven't announced everything, but one of the more spoken about publishers is IDW. And then we have Valiant Comics. They publish some of the edgier things like DC or Marvel. So they have like a single universe where a lot is connected. Andrews McNeel which covers all the syndicated comics that you can imagine, things like Sarah’s Scribbles and Garfield. Everything you've seen in the newspaper, we have access to. But we are not taking everything, we also have quality control as well. It's not a numbers game. So we also have to turn people down.

And what about manga?

We also have some manga. There are deals that are still in progress there, so I can't talk to much about them, but we will have manga. Hopefully a lot of the titles people love as well.

Right now we’re starting simple. We are focussing on giving a really good experience. When you're reading it, after a few minutes you‘re forgetting you‘re holding controllers. You just pay a fixed fee and we give you everything we can. I'm sure we can come up with other things in the future.

How is the battery of the Nintendo Switch coping with this? The console has never been used as an eReader before, and typically those devices have energy saving batteries.

Can we also read comics on the TV?

Yeah, so that's really interesting. I have to admit, first I was worrying about viewing it on the TV. But it turns out that when you view it on the TV the size of the text is actually the same as subtitles. So it's really readable. It's extremely comfortable. But of course that depends on the size of your TV. On the set-ups I have at home and on the set-up we have at the office, it's surprisingly comfortable. I catch the guys upstairs in the meeting room reading on the TV all the time.

Is this your first experience working with Nintendo?

Mine personally? Yes. Speaking for the company, we're sister companies and one company's called Rain Games. They're an indie games company that has worked with Nintendo for many years. So that's how we have a strong relationship with Nintendo. And our developers, they all worked on Nintendo projects as well. So, in that case I'm the new one here. But I'm really surprised how nice Nintendo has been to us and especially, you know, since we're a small start-up and we're approaching them with this crazy idea and they were like: “yeah, that's looking good”. They're much more approachable maybe than you might instinctively think.

So you were the ones that contacted Nintendo and they said "yes"?

Yeah, I mean, it obviously takes time but you know they were just very positive about working with us.

Will InkyPen always be exclusive for the Nintendo Switch?

No. No, we're going to expand to other platforms. And your subscription will be transferable. Also, the idea is that it's a synchronising experience across devices. For us it's about providing a really good experience first on one device with the right content. And then we're going to work out other things.

What about the release dates of running comic/manga series. Will they be released simultaneously or with a delay?

Simultaneous release is a separate discussion. I'd expect that these things will happen relatively soon but not as early as launch. That's actually a logistics question as well. These are the sort of things that we can do after we launch. So we're not going to stop. We're going to keep on developing and there will be updates. So it's not like a game in that sense. We can launch something and then we can actually change it in a way that you can't change a game to make it better. And that's sort of exciting. Especially for all the game developers it normally means that you're stuck with a lot of crude decisions even the bad ones. And we are not.

Yes, so essentially what happens, when you're in the Comic section, it will automatically download the first stuff that you're reading. So the last thing you've been reading will be shown at the top of the list. You can intuitively understand it as whatever is in my list that's what's being downloaded or cached. It's not like you tag things as “offline”, you just do it by reading it. And you can move things from the queue as well.

What we want is, that if you're reading offline, you should never have to plan. It's more like when you read at home and then you leave and you take it with you on your Nintendo Switch, it already has all the content. So you have, you know, your eight hours of content that you need or whatever. Of course you can't search for new stuff while you're offline. But you can at least read all the things you've been interested in so far.

Will there be a test subscription for free?

We're not launching with that. Again, that would require deals with publishers. And as I said: artists need to get paid. I think we definitely need to show that this is something we could do that would still benefit them. So we and our shareholders care deeply about the industry. And we're also all massive gamers as well. You know, we want to make a really good product so we don't have any private investment or anything. So we get to make the right decisions, which is great.

Do you know the timeframe for the release of the mobile version?

No. We have no commitments to any future platforms, yet. We are in discussion with people by whom we were approached by. Some of the biggest names out there. We view ourselves as a conscientious service provider, so we're trying to find out what works for them as well as for the artists and the creators. And I can one hundred percent confirm, that Nintendo Switch will not be the only platform.

Are the comics readable without zooming in, or is the text too small on the display of the Nintendo Switch?

It depends on the content. There’s a lot of different content in different formats, and that’s where the challenge lies. But as I said, the idea is that once you’re reading for a while using InkyPen it becomes intuitive and you forget you’re holding a controller and just zoom in, which depends on the individual sizes. French comic books have a different dimension in comparison to american comic books for example.

So they all have slightly different dimensions but they’re quite similar as well. There are different reading modes as well, if you display only one page it could be perfectly readable, but if you want to have the artistic impact of having two pages instead, then you are able to navigate through the displayed pages.

So you can also display two pages at once, because there sometimes are panorama-pictures in comics.

Yeah! Actually, that’s the coolest thing about the TV.

At what point can we expect more news about publishers?

I would say in the coming month or so. Possibly even sooner. It‘s hard to say because it‘s not up to us. We already got one of the largest publishers – things are looking good.

I think there are a lot of good comics. And a lot of gamers love comics as well but don‘t have access to them. It‘s a very niche market. You have to go to a certain shop to buy a single issue and it‘s pretty expensive too. Thinking about that, this is actually how the company started. There was me and the CEO of Rain Games and we were talking about how the comic industry, as it is, is not accessible enough. And wouldn‘t it be great if … And then we said: „We can make it!“

Are there any regional differences? Can you read any comic in any country around the world?

Generally, it is very very similar. Actually exactly the same right now. And we are going to try to keep it that way. But this is pretty difficult. We‘ve already had some very tough negotiations to make sure that it happens. What we don‘t want to happen is, that one person in a specific area can read other comics than another one in a different area – the problem that Netflix has for example.

How about other languages and translations in general?

We already have rights for content that is not in English. Though we are launching InkyPen in English initially and then we are going to implement other languages. As I said, we already have the rights for German, French or Japanese content for example.

It‘s important for us because we need to provide content to people who only know one language. We need to make sure that the service also appeals to them. When we‘ll have a substantial catalogue in a certain language we are going to launch that as soon as possible.

Translation rights are separated from the other rights, so it‘s a lot more work for us. That‘s why we've decided to launch in English. But there are speakers of different languages in our company also, so that is definitely something we are working on.

Thank you for the interview!