We recently had the opportunity to do an interview with the composer Vincent Diamante, who is responsible for the wonderful music of Sky: Children of the Light from thatgamecompany. A special soundtrack including his music was released in August, which you can listen to on several music streaming services.

Being inside the studio while the game is being produced, right from the initial conception, is great for me as a music composer. So much of what music does is not just mirroring and amplifying what’s on the screen but saying things that might not be touched upon by the visuals, or even the player’s experience up to that point. While cinematics might be trimmed for clarity or lengthy visuals simplified for technical purposes, music can continue to draw on the initial motivations for the game, speaking for what might be excised and unspoken. 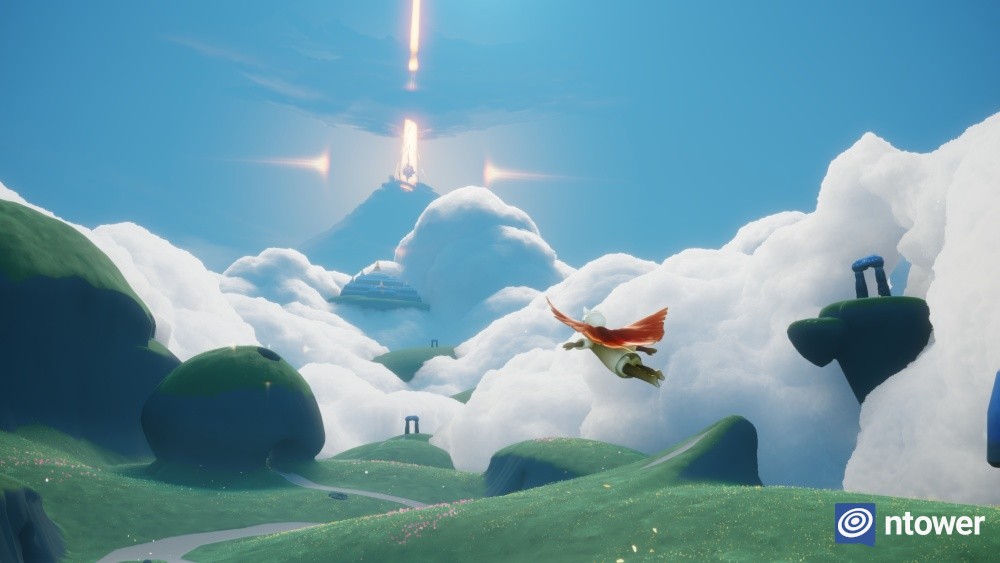 The world of Sky: Children of the Light is incredibly quaint.

2. Have there been any great changes during the process of composing the music for Sky: Children of the Light?

Oh, a whole lot of changes! It literally took years until I settled on the two main musical themes of the game. Before that point, I was messing around with themes that were too innocent, too serious, not confident enough, overly confident, too timely and modern sounding, too retro. Most of the music written at that time didn’t make the cut. After those themes were in place, however, the music really found itself and mostly stuck to the game all the way to release.

3. Do you have a favorite track on the Soundtrack and why?

I’d say it mostly depends on my mood, but there are some favorites. The Back-to-back pair of ‘Faded Glories’ and ‘Somersault’ definitely clicks with me. Both pieces really resonate with me on a personal and artistic level, and the way they convey different types of relief and joy one after the other I think is really cool.

4. Since Sky: Children of the Light will be released on Nintendo Switch soon, do you wish to work on more titles for the Nintendo Switch and maybe even Nintendo exclusive ones? What are your personal experiences with Nintendo consoles and games?

Nintendo maintains a place in my heart for both video games and game music. My earliest game music memories come from the NES/Famicom era, from the likes of Konami, Capcom, and of course Nintendo themselves. Certainly, I’d love to keep writing for games, and it’s awesome how the [Nintendo] Switch has really expanded the what and how of video games played all over.

5. What significance does a soundtrack have for a game and does the music also shape the game or just the other way around?

For this game, I started writing the music right as the first concept art and lines of code were being written, so there was a really healthy interchange of ideas and influence from the very beginning. Besides that, for me personally, everyone on the dev team is a game designer, regardless of title. Graphics programming, UI design, audio design, community management… all of that is really substantial game design. Music too, of course!

6. In many movies the soundtrack is very important to guide the storyline and most of the time the music goes hand in hand with the plot. Since many video games do not focus as much on a special soundtrack to underline the plot as directors of a movie do, do you think there is even more room for improvement in the gaming industry to work closer with composers, orchestras and so on?

I definitely think there’s room for improvement when it comes to relationships between games and music. I know thatgamecompany and I have a really great relationship, but that’s certainly not happening throughout the entire industry. I also don’t think that film music is the ultimate target for game music to aspire to, nor do I think film music is necessarily this big monolithic achievement that’s universally experienced and understood. Of course, I love all sorts of music in all sorts of genres and media, but game music will always be special to me. It has a truly unique trajectory and momentum, simultaneously chasing the changing tastes of the world while shadowing the serpentine, ever accelerating climb of video games from a design and technological standpoint. It’s just so inherently exciting, and I’m glad to be along for the ride. 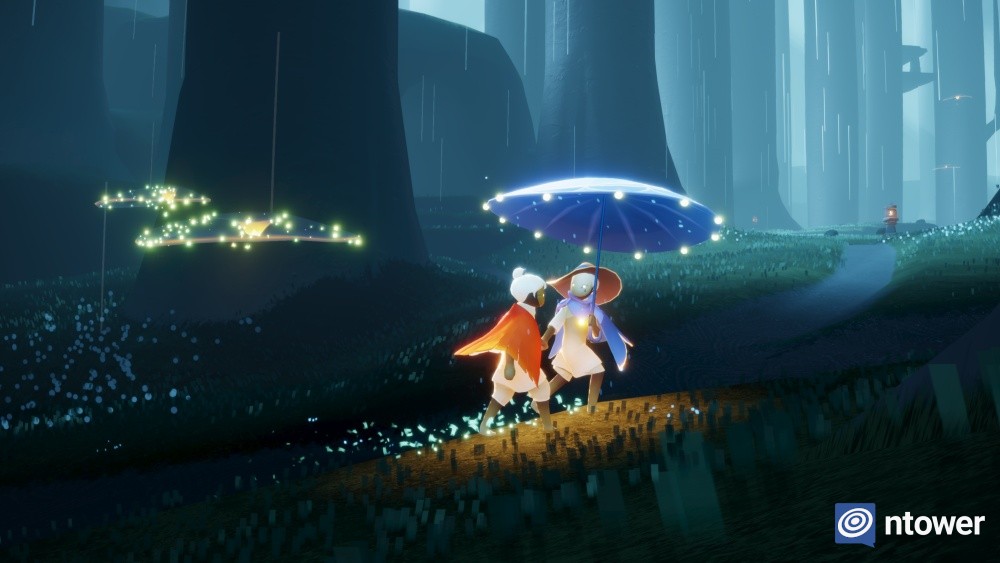 Even in the dark everything still looks beautiful.

7. Can you tell us anything about current projects you are working on and how do you prepare for a new project?

I am working on a few other projects right now outside of thatgamecompany. They’re a bit smaller scale, but they all are currently in the exploratory phase. It’s so exciting to establish the concept and feel, the high-level and the low-level alongside everyone else on the team. Being a music composer is fun, but being a music composing game designer is even better.

8. How does COVID-19 effect your work and life?

Honestly, the beginning of this calendar year really hasn’t been that different from prior. I made some improvements to my home studio last year such that I could be even more productive and hit a higher quality bar, so I had already built up the habit of working from home rather than going into the office 5 days a week. I guess I was practicing for this year without realizing it.

9. What are your favorite video games and which one was your first?

My first games that I really remember playing were on Commodore 64. Winter Games, Breakdance, Skyfox… I actually played all of those games without sound, funnily enough. My favorites, though, are a bit more recent. TIE Fighter, Falcon 3.0, Street Fighter Alpha 2, Panzer Dragoon Saga, Radiant Silvergun… the 90s really got me.

10. What other hobbies and interests do you have besides video games and music?

Photography’s always been a passion of mine, ever since my dad handed me an old manual focus Minolta. I still enjoy taking pictures, especially street photography… but the current climate really isn’t great for that, as you can imagine. Besides that, sports is a really big part of my life, especially on radio. I’m much more likely to listen to basketball, football, and baseball on the radio than I am to watch it on TV. Which is too bad since I can’t really do that simultaneously with music work most of the time. Oh well!

Thanks a lot for the interview and take care!

You can find the German translation of the interview over here!