We had the pleasure to speak with Cody Nicewarner (Senior Producer) and Travis Archer (Lead Engineer) from Panic Button. They are known for their Triple A game ports like DOOM 2016 or Wolfenstein II onto the Nintendo Switch. In the Interview they gave us some more insight into the development-process of their Nintendo Switch ports and which lessons they've learned for future projects. And of course we had to ask them if they have a Nintendo Switch at home.

Okay first of all, I want to say that I really admire the work you do. Your ports of various games onto the Nintendo Switch were pretty impressive so far and well, I never thought that some games like DOOM would be possible on the Nintendo Switch, but you proved me wrong.

So I’m curious, why did you decide to create ports for the Nintendo Switch? I know you already did several games for the Nintendo Wii or the Wii U in the past but why give the Switch such prominent attention these days? 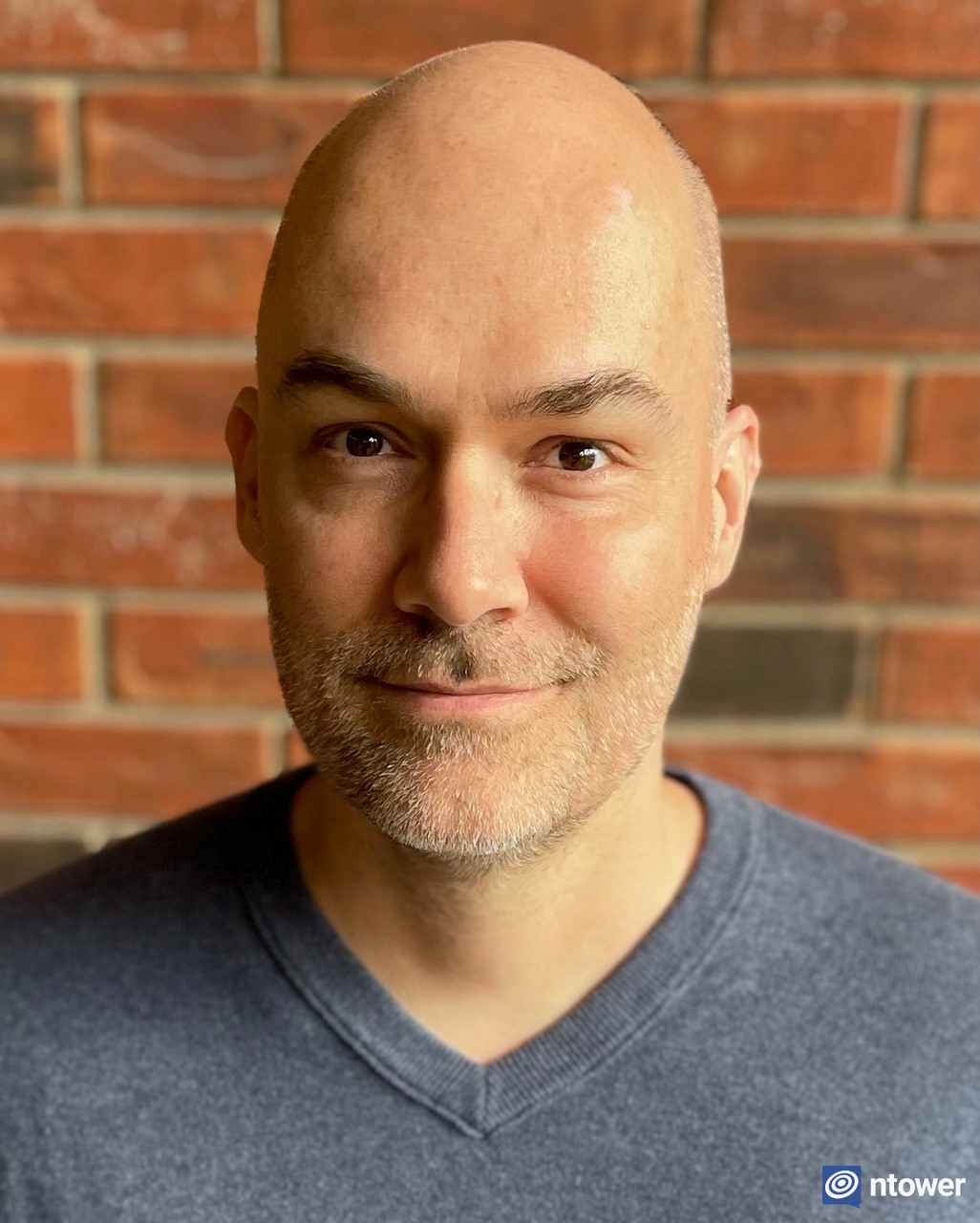 We talked with Travis Archer ...

Travis: And I want to add, prior to the Switch in my ten years at Panic Button, we’ve worked on titles for virtually every platform like Xbox One, PS 4, PS Vita, Wii U, PS 3, Xbox 360, Wii, you know, it was just the natural next step and kind of a result of our success. Originally, we ported Rocket League to the Switch and I think that set us up to have the experience and the confidence to know that we could do DOOM 2016. At the time in the industry, it was not necessarily given that big Triple A Games would make it to the Switch and so it was exciting to be involved on the forefront of that effort. To bring one of the first triple A titles to the Nintendo Switch, it was really exciting. And obviously, the success for DOOM on the Nintendo Switch has led to more demand for more title to come to the Nintendo Switch and so, it’s hard to say No to that.

What do you think about the Nintendo Switch in general and how hard is it to port games like Wolfenstein II or DOOM Eternal for a console with a more or less limited hardware?

Cody: To answer the question about the Nintendo Switch as a product itself: I think that Nintendo has an established kind of catalogue of titles that reach a broader audience and just the hybrid nature of the device itself extends the player’s experience, so if you look at the opportunity to bring DOOM 2016 or Wolfenstein or DOOM Eternal to that platform we have the flexibility not only of the device itself but also the flexibility of the catalogue. You need to look at family friendly games and towards the end of the day, if you just want to have the privacy to game as an adult, you can pick up DOOM Eternal and enjoy that experience. As far as the challenges: We knew from day one that this was gonna be a challenging title and to id Software, this is one of their most ambitious title and during the early prototype-phasing that we got to see, we couldn’t have agreed more and we knew that the translation of id-Tech 7 to the Nintendo Switch was gonna push it to the limits. Internally we were up to the challenge and we are really happy with the results and can’t wait to actually get it out to see, if the Nintendo Switch audience will enjoy it.

Many of our readers are looking forward to the release of DOOM Eternal for the Nintendo Switch. Were there any lessons and experiences you took from the port of DOOM 2016 into the development progress of DOOM Eternal? Did you encounter some new difficulties?

Travis: Absolutely. In every title we’ve done for the Nintendo Switch, there has been an evolution of the understanding of the hardware and how to get the most out of it. So we took the lessons we learned with DOOM 2016, we applied them to Wolfenstein 2 and then took the lessons learned there and used them for Wolfenstein Youngblood. The optimizations and tricks were applied to Doom Eternal as a starting point and then we went from there and that was necessary to get a game designed for a 2020 video card and to squeeze every ounce of performance out of the PlayStation 4 and Xbox One to get that to work on the Switch we had to go the extra mile. We had to apply all the stops, but it was a great challenge and it really is a testament to the Nintendo hardware, that there is even a possibility to do this.

Cody: I would say, the collaboration from the human side is a lot of my job, we had an established relationship at this point with the people at id Software and Bethesda and we were really able to leverage their subject matter expertise. These are some of the brightest minds and they can speak very confidently not only on their engine but on the design, audio, across all these points and that collaboration really came through on this project, you know. Earlier we were able to help them out and with DOOM Eternal they were able to step up to play and really give us the guidance to get to the finish line. And that mutual respect and collaboration is just a wonderful thing to see, from a producer standpoint and we’re really happy about the end result.

You were supporting your games on the Nintendo Switch quite for some time. Lately, DOOM 2016 got a new patch which improved the graphic and the overall performance. Can we expect such a support for DOOM Eternal too?

Travis: We’re definitely committing to this title after release, so rest assured.

Since the game was released on PC and other platforms first: Why is the Nintendo Switch port the last one to be released?

Travis: Its mostly the fact, that the id-tech 7 engine is a next gen engine and the target graphical fidelity and quality is so high on doom eternal, that it was very much of a challenge to make it fit on the Switch. It took extra time and more so during the COVID 19 pandemic. The extra time just adds up, when you scramble to get everyone to work from home. Our primary goal was to ensure the safety of our employees and so we had to very quickly adapt to new circumstances like everyone in the industry had. We are a small company, we’re very collaborative and we lean over or walk over to someone's desk all the time at work and we rely on this to be adaptable and to be efficient. To have everyone separated at home was the challenge and it certainly impacts the development. An obvious example would be, if I want to send a special build of the game to someone in QA or Art, it might take me two to three hours to upload the title to a shared server and they can then download it. It might be 4 hours whereas it would take ten minutes in the studio. So there’s some obvious issues that we had to work through and we had to get creative about solving those problems, but we did and here we are (laughs)

You did quite a number of ports for of several games from Bethesda. How did this kind of cooperation started in the first place? And would you like to port some more games from their portfolio? A Fallout 4 on the Nintendo Switch sounds quite appealing. 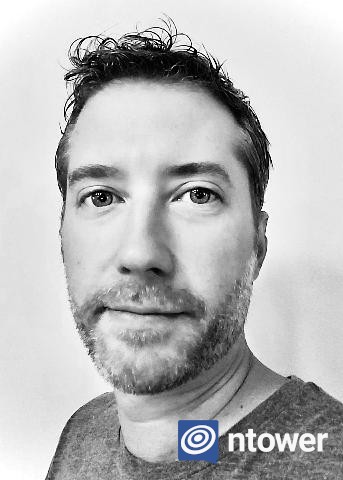 Travis: Well if you go way back we talked with id Software back in 2013, as we already mentioned. We were already working on a Switch title, Rocket League, and that gave us the confidence to know whether or not we can achieve a port. And we have a process that we go to, whenever we investigate a potential project, for example a port. If its a port, we look at how it performs on other platforms and on PC and we use our own benchmarks to determine whether we think the performance can translate. We evaluate the way the engine functions and how much room there is for squeezing it into the Switch. And so we did our evaluation and we determined that it could be done. There’s trepidation but we had the confidence and it was a calculated risk. We really thought we could deliver on it. But at first, I think, there were even some people at id Software that were surprised by the idea, but everyone was excited about it and obviously the way it turned out was great.

Is there anything in particular about the development of DOOM Eternal that you are proud of?

Cody: I think it’s almost as easy as saying the whole game. Because if you take it out of the dock and just hold it in handheld-mode, it’s just an incredible sensation just knowing you’re holding Doom Eternal and you can walk around your house or hop on a bus or a train and take it with you. And you compare that experience to the other platforms you have, that is just unique and having that in front of you on demand is in itself the best experience.

Travis: There is one level in particular that stands out for me: the mars core area. I won’t go into any spoilers if you haven’t played it, but it’s a very inventive level. The scope is huge and there is some technical challenges in supporting a level of that scope. So getting this to work was a particular challenge but it was very exciting when we finally got it to where we want it to be. That was a proud moment.

I have to ask: Do you own a Nintendo Switch?

So, what’s your favourite game on the Nintendo Switch?

Cody: I would say that for me it tend to go to the Nintendo official catalogue because I have younger nieces and its more accessible for them. And then outside of that catalogue, if I’m playing with adults maybe, some more party-friendly games around like Christmas time and holiday events. It’s there where I like to address a wider audience but it’s kinda similar to you at the end of the night or whatever it may be. I played triple A games like DOOM Eternal or other titles we’ve worked on.

Travis: It’s kinda surprising, sometimes you work on a game you don’t want to have anything to do with it any more, because you stared at it for too long. There’s a definite exception for me, where I go back and play Wolfenstein on the Switch myself. I also played some Nintendo classics, like Luigi’s Mansion. And all the obvious ones.

Anything you want to say to our readers?

Travis: I do wanna add that I hope you get a chance to try the motion aiming. I’m a very big fan of it I think it makes the handling on the Switch even better, combining the control sticks. Being able to move the controller to get micro aiming adjustments really makes it a great experience, so I recommend you to try it.

Oh yes, I’m mostly playing shooter games on PC with the support of a mouse and keyboard. The motion aiming was a life-saver for me, since I’m simply unable to aim just with the controller.

Cody: We’re equally excited as id Software and Bethesda to get this title over to Germany and really enjoy it. And Switch fans can pick it up as soon as it releases and have some fun with it.

Travis: Yeah, we’re excited for people to see it.

Thanks for the interview and have a nice day!