In the course of an exclusive preview of New Pokémon Snap with Nintendo and The Pokémon Company, we also had the opportunity to interview the game's director, Haruki Suzaki, who has been with Bandai Namco Entertainment since 2002. As the development director of New Pokémon Snap, he answered some exciting questions for us about the game, which will be released on April 30th for the Nintendo Switch.

ntower: How come you decided on making a new part of a game that belongs to such a small and specific genre?

Haruki Suzaki: We think it's a unique game that anyone can easily enjoy and that has a strong fan base around the world.

The idea of photography has changed so much in the last 20 years that we thought it was the perfect time to create a new version of Pokémon Snap, and that's why we started the project. 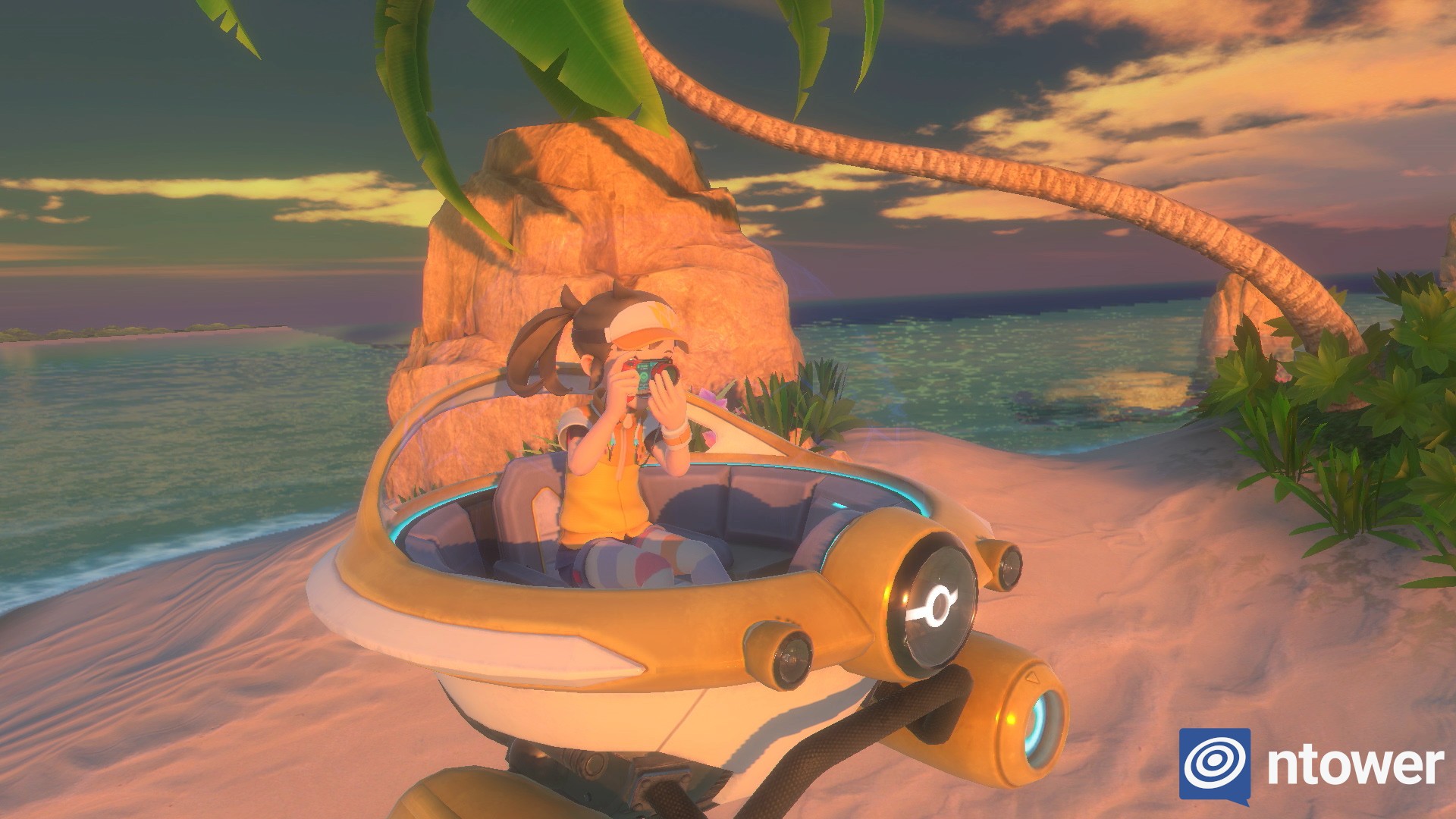 In your Neo-One, you can take photos of the numerous Pokémon without being disturbed.

Suzaki: New Pokémon Snap takes place in a completely new region called the Lental Region. The Lental Region is made up of islands with vastly different environments and it is home to more than 200 different Pokémon.

The world in which wild Pokémon live is represented to the best of the Nintendo Switch's hardware capabilities, and the aim of the game is to investigate that world. Once you've taken a photo, you can edit and share it online with people around the world.

The original concept was simple yet grand, which is to photograph Pokémon in their everyday lives. So the key was how to make it attractive as a photo-based game within the capabilities of the Switch, rather than struggling to adapt to an advanced console.

How did you decide which Pokémon would make it to the game and is your favorite included?

Suzaki: We wanted to create a world in which you can imagine how wild Pokémon actually live within their ecosystem, so we first considered the environment in which each Pokémon lives as well as the interesting terrain and climate that you would investigate. Then, the selection was made based on how they would live together in their respective environments and the relationship between them. As a result, the game has a rich variety of more than 200 Pokémon. You'll see a new charm to Pokémon everywhere you look.

I like chilled Pokémon such as Quagsire, but whilst developing this title, I discovered the loveliness of Bidoof and came to like it a lot. I hope the players will find similar discoveries too when they play the game. Quagsire does appear in this game, but it was chosen based on the opinions of many people not just my personal preference. 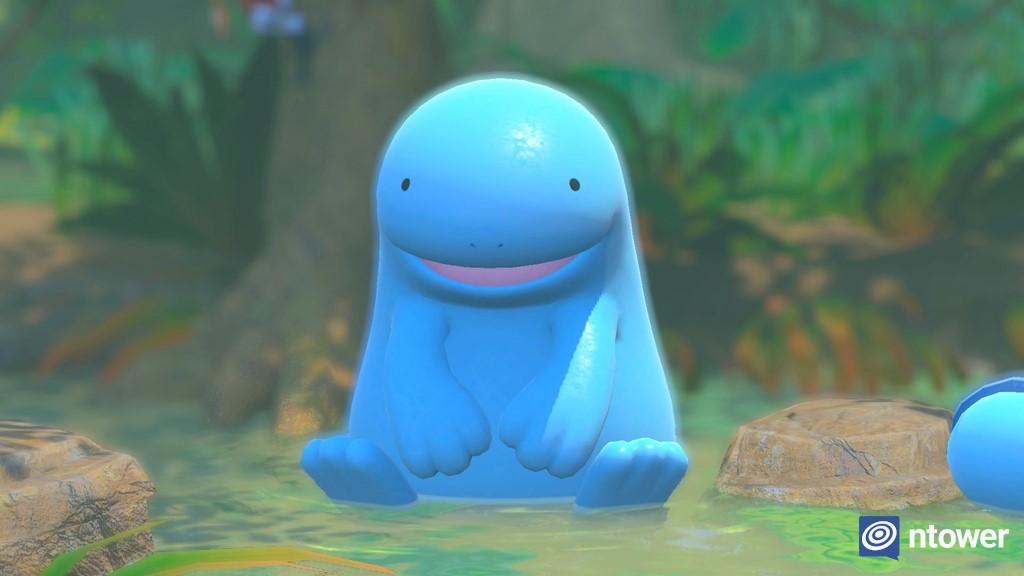 Quagsire made it into the game and will surely be happy to pose for you.

Suzaki: As I said before, we considered the environment and nature alongside our selection of Pokémon. At the beginning, we were thinking freely, considering the environments of the Nintendo 64 Pokemon Snap, and even looked at space as a potential environment. The Space idea was eliminated because of how limited the Pokémon which appear there would have been.

After deciding on the climate and environment and the Pokémon that would appear there, we worked out the details of the actual courses players would investigate. We decided on the specific details of the course as we imagining the characteristic nature around the real world and also the imaginary.

Can you tell us more about the different research levels?

Suzaki: The research level is a system that represents the progress of the investigation on each course and is also related to the overall game progress.

Players take pictures of Pokémon on each course, and when the points their photos are awarded total a certain value, their research level is increased.

As their research level rises, Pokémon that weren't there previously will start to appear in courses, or Pokémon behaviour will change. You will also be able to go to entirely new courses by increasing your research level.

Can you tell us more about the specific system behind the photo evaluation and its different categories?

Suzaki: The basis of the evaluation has been retained from the Nintendo 64 Pokemon Snap, making it easy to understand and easy for many people to grasp. You can receive better evaluations by taking a picture of the Pokémon up close, in the centre and facing the camera whilst keeping it within the frame. I didn’t want to make the evaluation of photos too strict and complicated, so that element was, in a way, left vague in some parts.

As for the internal mechanism, we have created a new system this time around. It uses a common mechanism that judges the size of both zoomed and non-zoomed subjects. 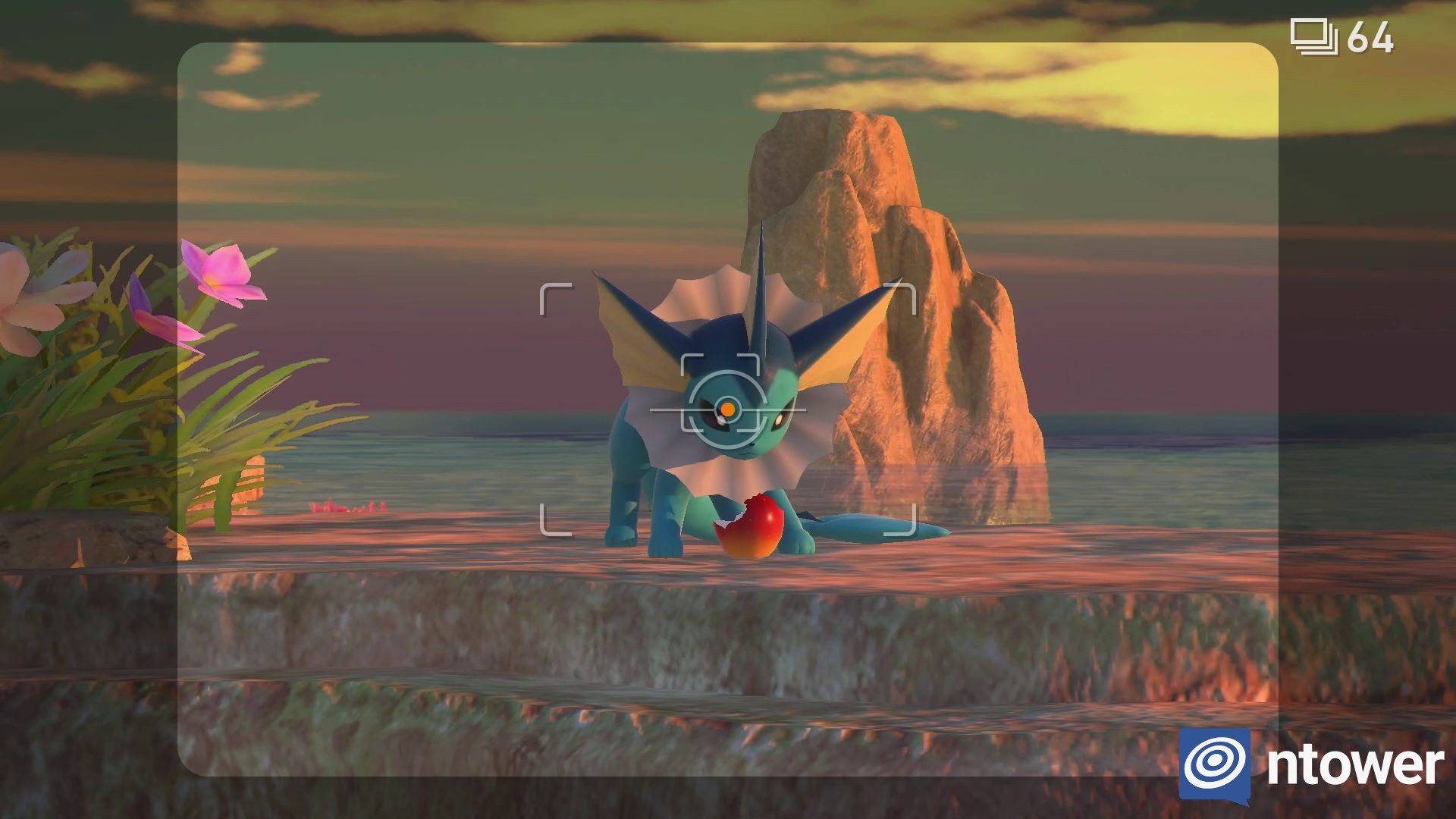 Vaporeon is visibly pleased with a delicious Fluffruit.

The star rating is different from that, and it is more like a category score based on rarity.

The system is designed to help you get to know a Pokémon better by capturing various scenes of it, from ordinary to special moments.

For a certain Pokemon, for example, walking is 1★, eating is 2★, playing is 3★ and dancing with friends is 4★.

In New Pokémon Snap, players will need to collect four different photos for each Pokémon they discover to create a complete Photodex.

Will Illumina Orbs just play a role in New Pokémon Snap or will they appear again in other Pokémon related games in the future?

Suzaki: The Illumina phenomenon is unique to the Lental region, the setting of New Pokémon Snap. We have no plans to introduce Illumina orbs in other Pokémon titles at this time.

Will New Pokémon Snap be featured in the official Nintendo Switch app?

Suzaki: New Pokémon Snap won't have any game specific service with the official Nintendo Switch app. It's a photo-based game and we hope that players will enjoy it on existing social networking sites.

Many thanks to Haruki Suzaki, Nintendo and The Pokémon Company for the interview!

A german version of the interview can be found here.