NEO: The World Ends with You will be available for Nintendo Switch and PlayStation 4 on July 27th and in the course of the summer it will also be released for PC via the Epic Games Store. Thanks to Square Enix, we were able to interview four people from the development team prior to its release: Tomohiko Hirano (producer), Tetsuya Nomura (creative producer / character art designer), Gen Kobayashi (character designer) and Miki Yamashita (character designer). Most of them were involved in the game's character design, so it's the main topic for this interview.

ntower: Could you first introduce yourselves to our readers? When did you first work on a The World Ends with You game? 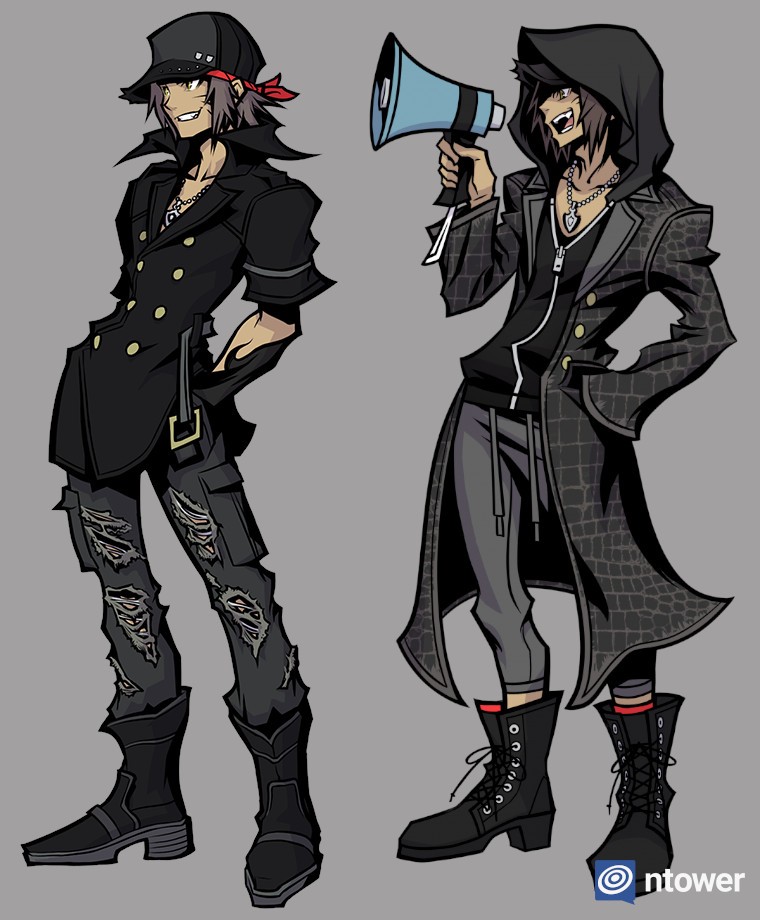 In the past, Nomura-san stated that the team had been thinking about a sequel for a long time. What obstacles did you face along the way and how did NEO: The World Ends with You ultimately become a reality?

How does it feel to return to this world and the characters after all those years?

Gen Kobayashi: I always wanted that there'll be a sequel so again I was always thinking and considering about it. There were times where it seemed like it might be the time for the sequel but those, you know, some time passed and nothing came out of it. So when it actually came to fruition this time I was really surprised but I was really really excited and for a while I actually couldn't believe it, to be honest.

Some characters from the previous game are returning with a new design, for example Minamimoto. How do you approach already established character designs? Maybe Yamashita-san can say something about it because she designed the new character design for Minamimoto.

Miki Yamashita: Actually Minamimoto was the first character that I designed after joining the team. I obviously knew that he was a popular character from the first game and so I found it very difficult, there was a lot of pressure there to really get it right. It actually took quite a lot of time. I struggled to make progress with that design initially but then Nomura-san gave me some pinpoints. He gave me some sort of outline of what Minamimoto's image should be like for this game wearing a hood, a long coat and with cropped trousers. From that sort of concept there I was able to put the design down properly. So that's how it went.

Characters like Minamimoto and Coco are returning with a new design

One character is Coco who made her debut in the Final Remix version of the first game. How did you come up with the new design in this case?

Yamashita: So for Coco, when I got the request for her updated design, one of the most important things was that they really wanted a different look for her this time around in this game. The initial design is really inspired by Harajuku fashion (editor's note: Harajuku is a district of Tokyo with its very own fashion style that is known even outside of Japan) or more specifically what was popular in Harajuku at the time. Trends have changed so this time around I've looked for more updated and more recent trends. I wanted to add a little bit of korean style, korean influence and a style that is a little bit more feminine. So those were some of the elements I put in Cocos updated design. 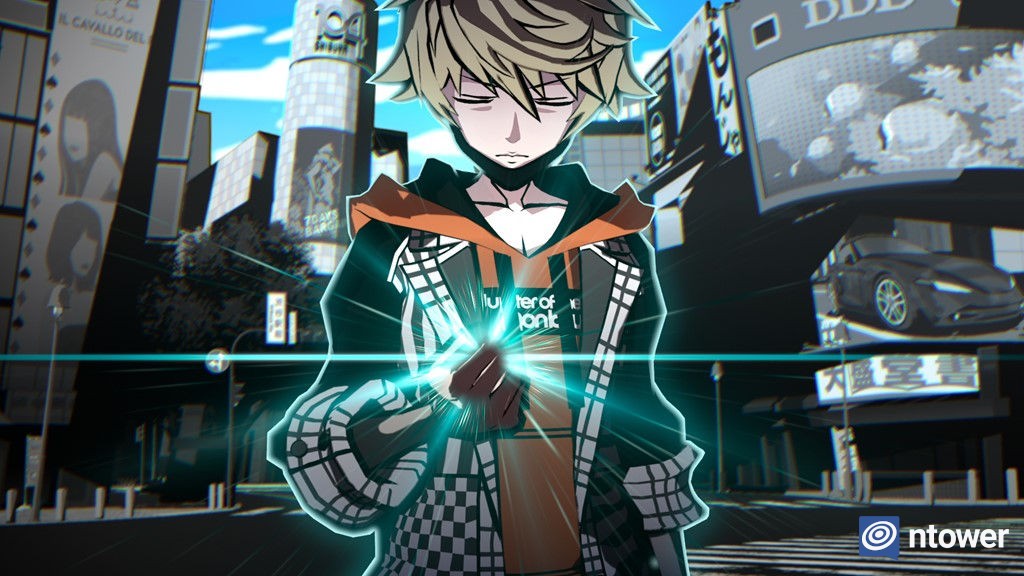 When exploring the city of Tokyo you play as the main character Rindo, who is the leader of the Wicked Twisters – a team in the Reaper's Game.

Kobayashi: Obviously this time around we have a story but the plot was already sort of in place when we came to design the characters. So we already knew what role they were going to have and what kind of character they were going to be. Then we take that away and talk with the design and the planning teams about the concept of the character, what kind of character they are going to be. And once that broad outline falls into place, then myself and Yamashita-san take that away and work on the designs ourselves. Once we got the more fleshed out design, we take that to Nomura-san and he checks it and sort of gives his approval. That's how the process goes.

You already talked about that a little bit in the last question but how does the collaboration between Nomura-, Kobayashi- and Yamashita-san look like? For example, how did you decide who should design which character?

Kobayashi: Just to talk about that a little bit. The characters that Nomura-san designs come down from the director. The director says "Nomura-san, please take care of these." and then for the remaining characters, Yamashita-san and I sort of take a look at those and decide which of those characters do we feel particularly aligned with; that we feel like we would be particularly good at designing. Then we sort of just split them. And of course there is other work to consider, so for example if I were particularly busy with some other responsibilities or other work, I would maybe say: "Yamashita-san, could you please take care of these". So we're quite flexible in the way that we fit it around with other responsibilities and then allocate them between ourselves to come up with the different character designs.

Is there a shared vision you use as a guide for designing characters? Or do you take some personal liberties to make use of your own artistic strengths?

Kobayashi: I don't believe that we had some kind of official guidelines that we were working with. I know that at the beginning I had a conversation with Nomura-san where we were talking about how to approach the character designs and what we should be doing. We kind of agreed that, you know, we didn't want intentionally make characters that we thought would be popular. It just seemed to be a bit unnatural. But instead we wanted to focus on creating normal people who maybe had a few eccentricities here and there. And obviously I shared that information with Yamashita-san as well so we were all working from that common base. But then on top of that I really do think we were working with our own individuality for creating those character designs. 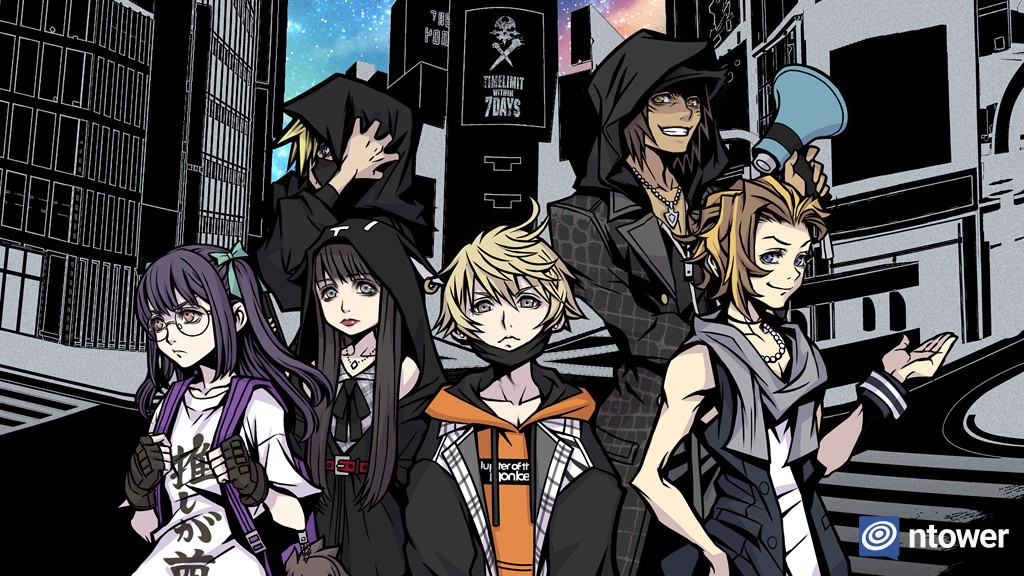 The cover art is clearly based on the main artwork from the first game.

Even though it may be a tough question: Which character design is your personal favorite?

Kobayashi: For me, if it's a character that I designed myself, then Fret would be my favorite but in general I think it would be Nagi.

Yamashita: If it's my own characters or the characters that I designed, I really do like Nagi because I feel like I can relate to her a lot but other characters I really like are Susukichi and Shoka.

Hopefully fans won't have to wait another 14 years for the next installment in the series. Can fans look forward to more The World Ends with You content like another anime or game in the future?

Nomura: Thats something we're always hoping for as far as we're concerned but we really need to rely on the fans to help us get there. Thank you always for your support.

Is there anything left you want to say to our readers? Should they pay attention to something specific about the character designs in the game?

Kobayashi: There are just so many characters particularly compared to the previous game and so many great characters. Just to give an example, in the cutscenes the number of facial expressions the characters make is maybe doubled or trippled compared to the previous game. There are just so many points where you can pin down the character design, so I really hope that the fans can find all those little details and enjoy them.

Many thanks to Tomohiko Hirano, Tetsuya Nomura, Gen Kobayashi, Miki Yamashita and Square Enix for the interview!

A German version of the interview can be found here.